Do you know the new car tax disc rules?

On the 1st of October 2015, the new car tax disc rules came into force and around 50% of drivers still don’t know what the changes are or how they will affect them, or when the changes come into force, according to a survey by money. 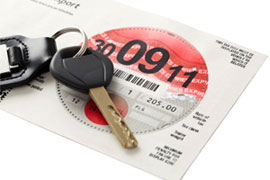 We have had paper tax discs now for 93 years, so this is a bold move forward, it is hoped that in this economic climate when people don’t have much free money lying around that the option to pay monthly By Direct Debit, rather than in one or two large sums, might help out the cash flow of the cash strapped. It is also hoped that it will save the tax payer £10 million due to less paperwork.

I welcome the move, because I have had that feeling when you forget that your tax disc is up for renewal, only for a reminder to land in the letterbox that you are going to be around £100 poorer than you thought you were that month, with Direct Debit, you need never have that feeling again!

Also in the changes are the fact you can’t sell your car with tax on it any more, the person buying the vehicle will have to arrange insurance and tax there and then before driving the car away. This may be a pain in the backside when buying a car, but should stop those people who are driving a newly bought car home without insurance with the intention of sorting it out when they get home, or not as in some cases!

You can familiarise yourself with the new rules on the DVLA website here.

There are no comments yet, but you can be the first